To apply for a posted position with Grand Canyon Conservancy, please select the Apply button.

Our offices and park stores are located on the South Rim, North Rim, East Entrance of Grand Canyon National Park, and in Flagstaff, AZ.

The main GCC office and the majority of our retail stores are located in and around Grand Canyon Village approximately 60 miles north of Williams, AZ, and 85 miles northwest of Flagstaff, AZ. Average temperatures in this area range from summer highs of 85°F to daytime temperatures of 17°F during the winter season. Grand Canyon Village is a community of about 2,000 people who live within the park boundaries. The community consists of employees and families of the National Park Service, Grand Canyon Conservancy, and park concessionaires.

GCC operates two additional retail stores near the East Entrance of Grand Canyon National Park. This area of the park is even more remote and is located approximately 50 miles west of Cameron, AZ and 24 miles east of the Grand Canyon Village area. During the summer months, GCC offers seasonal retail positions on the North Rim of Grand Canyon and at Jacob Lake, AZ. Jacob Lake is approximately 200 miles north of Flagstaff and 80 miles southeast of Kanab, UT. GCC employs an average of 80 employees with seasonal retail positions consisting of work campers.

Note: You should be prepared to live and work in a remote environment. There is no convenient public transportation from the park to Flagstaff or Williams.

The GCC Flagstaff office is located in the Coconino National Forest Service building on Thompson Street, just off of Route 66. Flagstaff, AZ is nestled at the base of the San Francisco Peaks in a ponderosa pine forest. Approximately 145 miles from Phoenix, AZ, Flagstaff offers a smaller community with 69,000 residents but with plenty of amenities. The community consists of families, young professionals, retirees, college students, and outdoor enthusiasts. 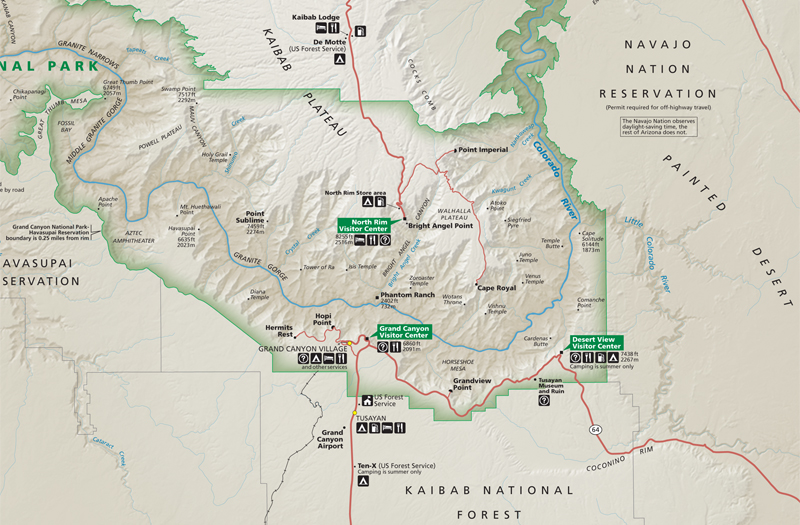 Stay up to date with projects, events, and news about Grand Canyon by signing up to receive our e-mails.