Renowned educator, author, and astronomy expert Dean Regas lived and worked at the South Rim of Grand Canyon National Park as the second Astronomer in Residence from November 16 - December 8, 2021.

Regas has been the astronomer for the Cincinnati Observatory since 2000 and was co-host of the PBS program “Star Gazers” from 2010 to 2019. He is the author of the books “Facts from Space” and “100 things to See in the Night Sky,” and is a contributing editor to Sky and Telescope Magazine and a contributor to Astronomy Magazine, from which he won the 2008 “Out-of-this-World” Award for astronomy education. Regas has written over 150 astronomy articles for the Cincinnati Enquirer, has blogged for the Huffington Post, and is regularly featured on television and radio. He is also a frequent guest on National Public Radio’s Science Friday and NPR’s Here & Now, and hosts his own astronomy podcast with Anna Hehman called “Looking Up!” He is currently working on a new book called “How to Teach Grown-Ups about Pluto.”

“In 2016, I attended my first Grand Canyon Star Party and volunteered as a guest speaker. I was so impressed by the group of rangers and amateur astronomers and the way they entertained more than 1,000 people each night under a dark sky. Seeing the Milky Way and the dimmer Zodiacal Light from the rim of Grand Canyon is a sight I will never forget, but more importantly, it’s a grand venue for others to explore.”

As Grand Canyon Astronomer in Residence, Dean spent his time providing public programs for visitors both on the rim and in the canyon at Phantom Ranch. His goal was to connect visitors to the canyon's dark skies, sharing his passion for astronomy and the universe through telescope viewings, tabling, and constellation talks. Here's a look at Dean's accomplishments: 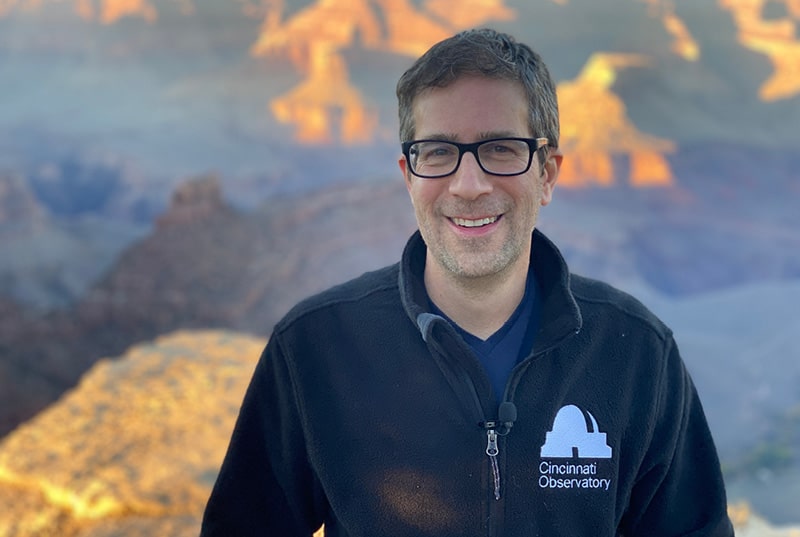 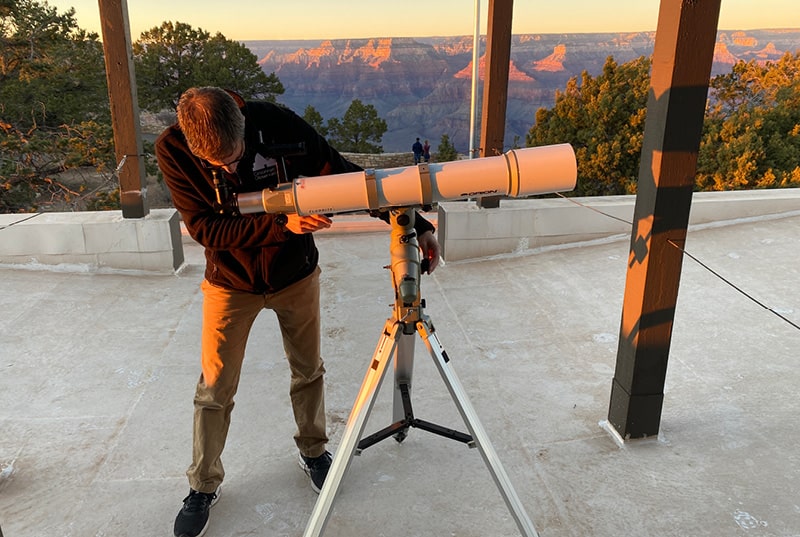 Photo description: Dean Regas setting up for the lunar eclipse. 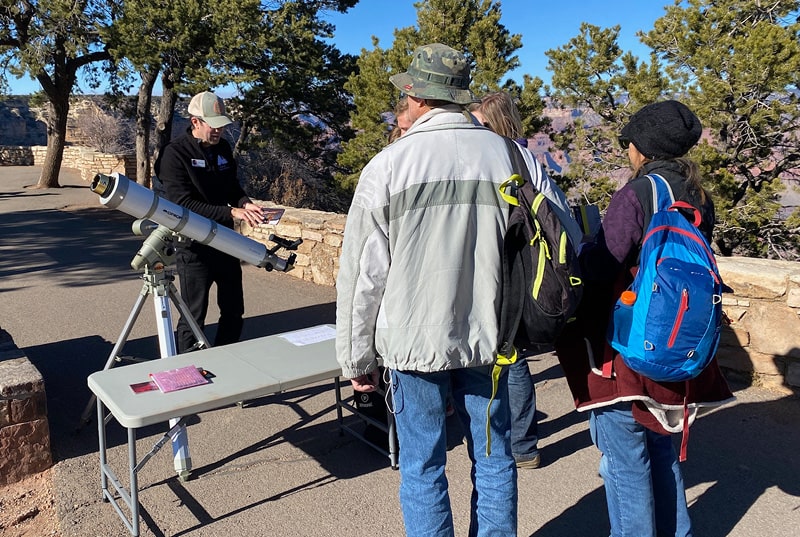 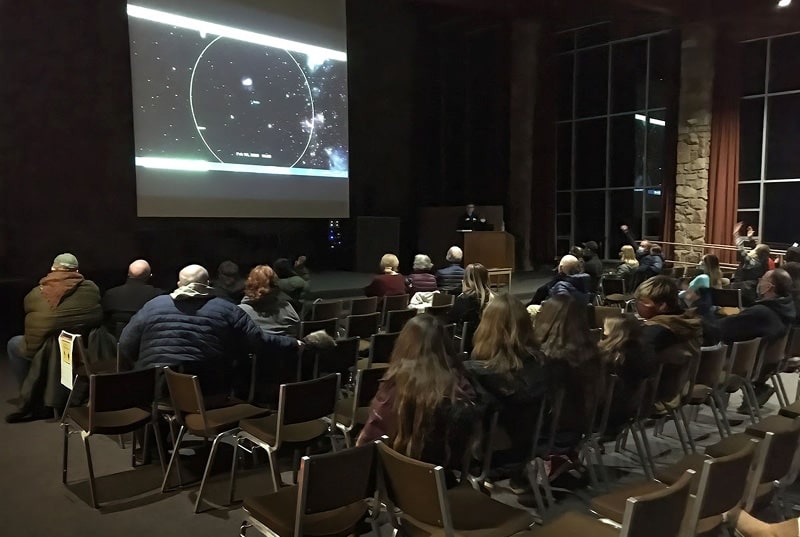 Photo description: Dean Regas leads a presentation for visitors at Shrine of the Ages

During Dean's residency, he shared a weekly journal of astronomical events that were shared on GCC's social media channels. View his entries and get a glimpse of what was happening in the night sky during Dean's time at Grand Canyon National Park.

Learn more about the program

Learn about the Grand Canyon Astronomer in Residence Program and other past residents.