Variations:
Old Bright Angel Route: 7.8 miles (12.6 km) long. The trail can be reached from the North Kaibab trailhead by following the Ken Patrick Trail. Good route-finding skills are required for this unmaintained route. The old trail descends a series of steep switchbacks in the upper canyon cliffs. Scrub oak thickets obscure the upper portion of the trail, but conditions improve as it descends. The trail bypasses a pouroff at the top of the Redwall cliff by climbing to the right (west) and leading to a steep break. After reaching Bright Angel Creek, the trail stays above the creek bed on the west side to avoid brush and boulders. About 0.5 mile (0.8 km) before reaching the junction with Roaring Springs Canyon, the trail crosses to the east side. 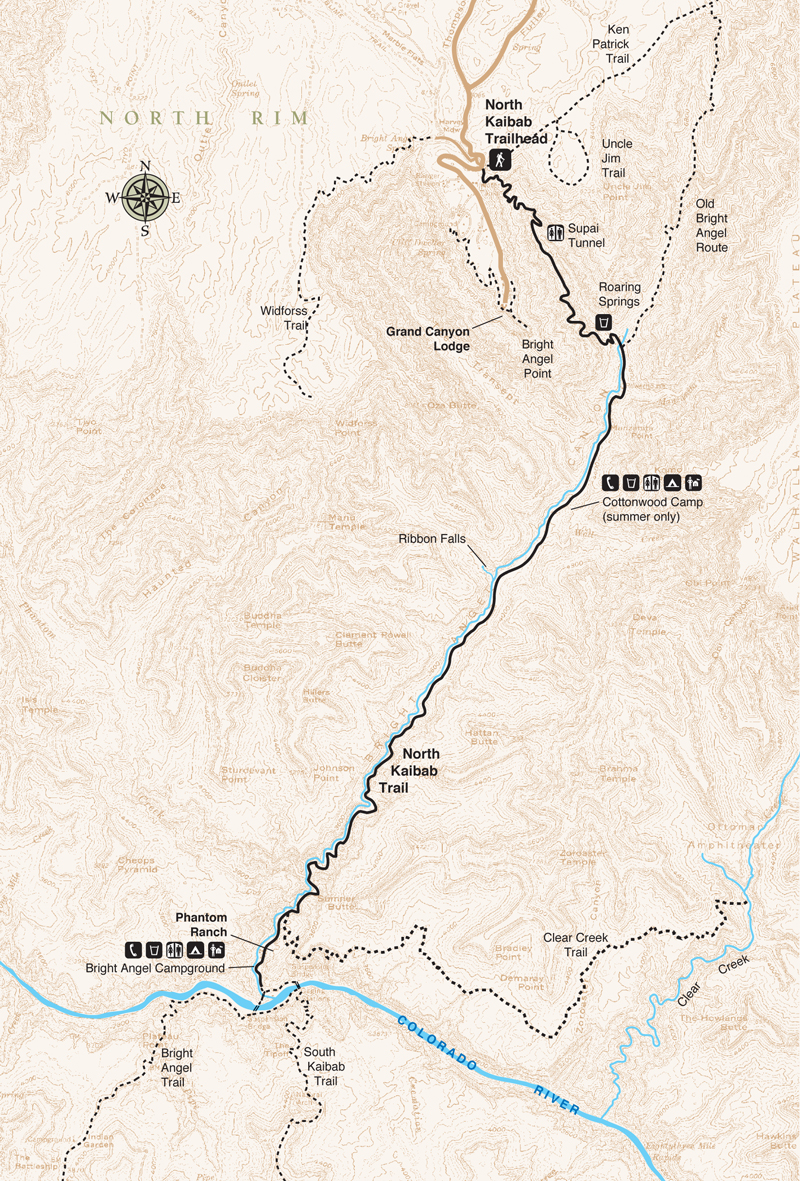 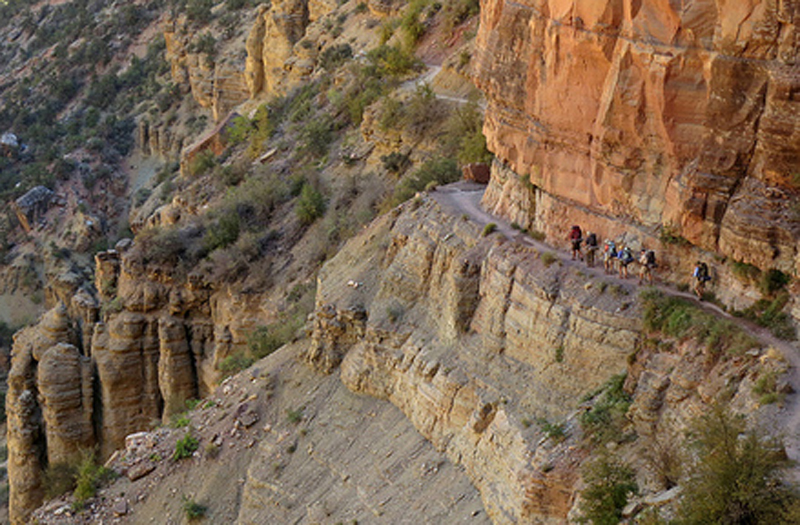 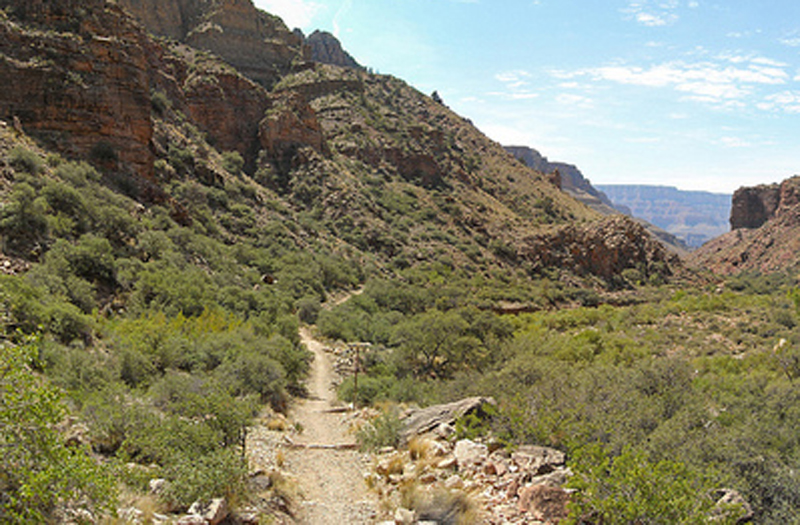 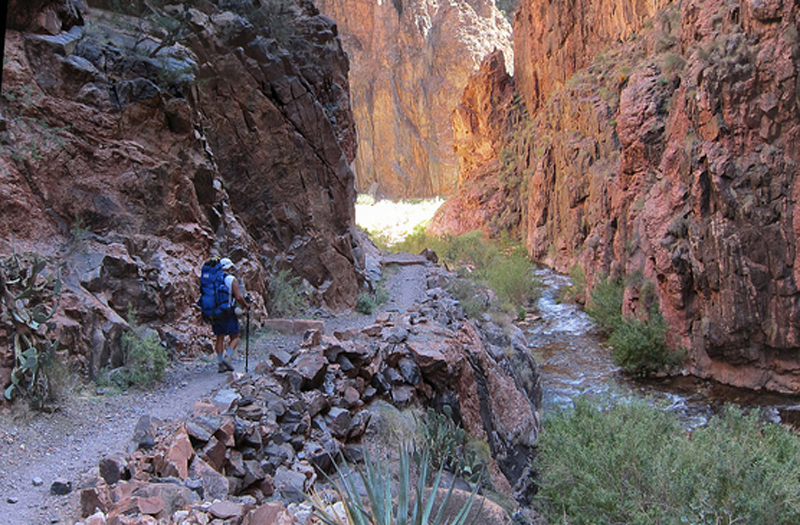 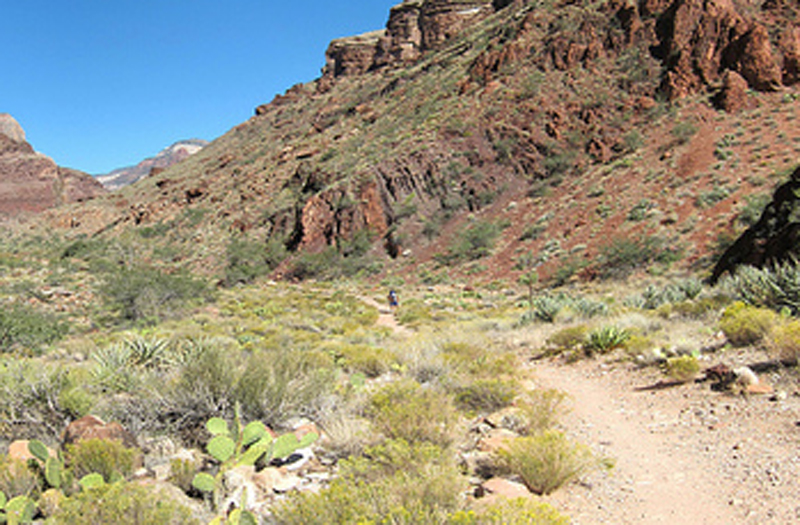