Washouts and rockslides require some route-finding skill. Hot and dry in summer. Stash water on way in for use on way out. Use instep crampons in winter.

Archaeological evidence shows that prehistoric Cohonina Indians used this route, followed in more recent times by Havasupai Indians. Canyon pioneer William Bass improved the American Indian footpaths for horseback travel. Bass developed a tourist camp on the South Rim and a winter camp and mines on the north side of the Colorado River. Initially, he guided sightseers across the river by boat and then by cable crossing (now dismantled) to reach his trail leading to the North Rim. To do the laundry during dry spells, his wife, Ada Bass, would bundle up the family’s dirty clothes and saddle her horse for a three-day trip to the river and back. In 1915, a river party abandoned their metal boat, the Ross Wheeler, which still lies at the foot of the Bass Trail. 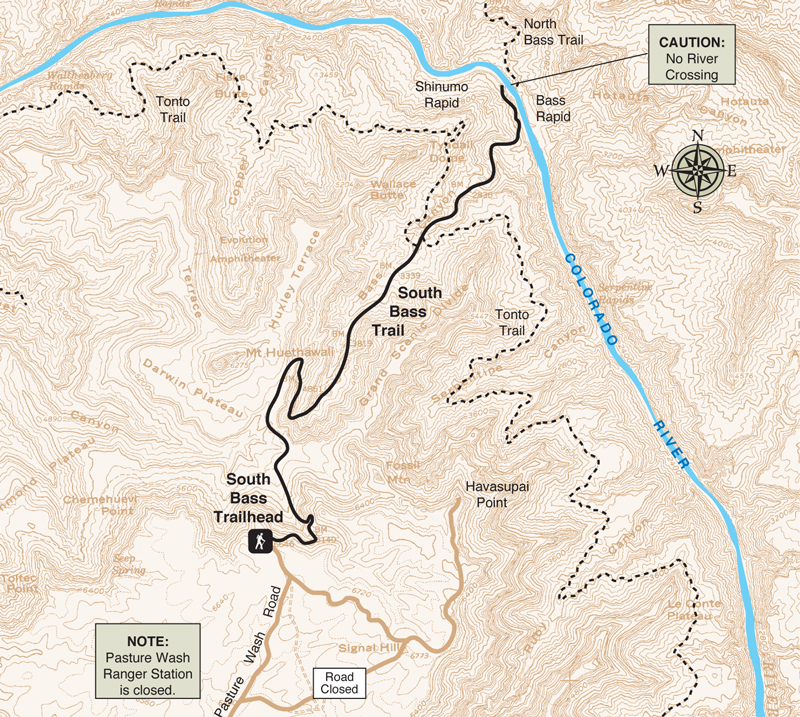 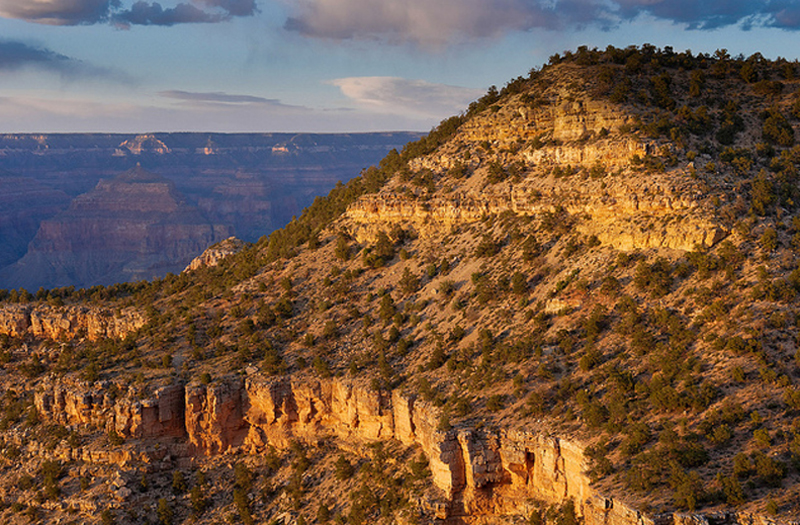 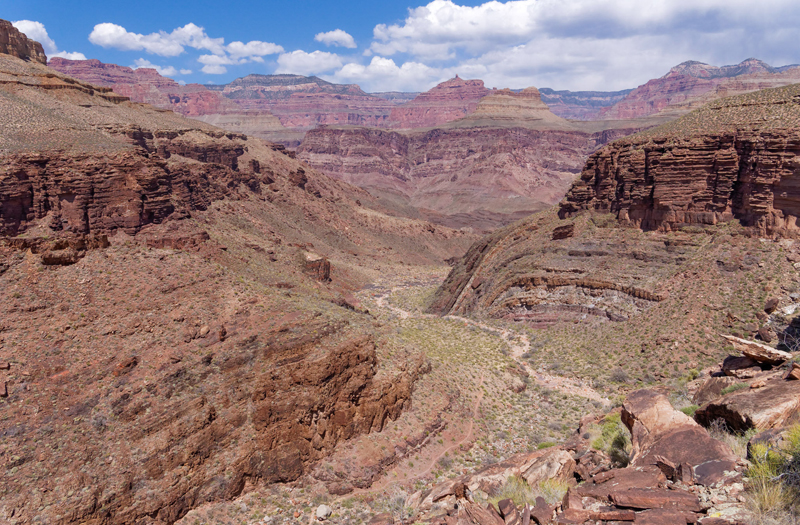 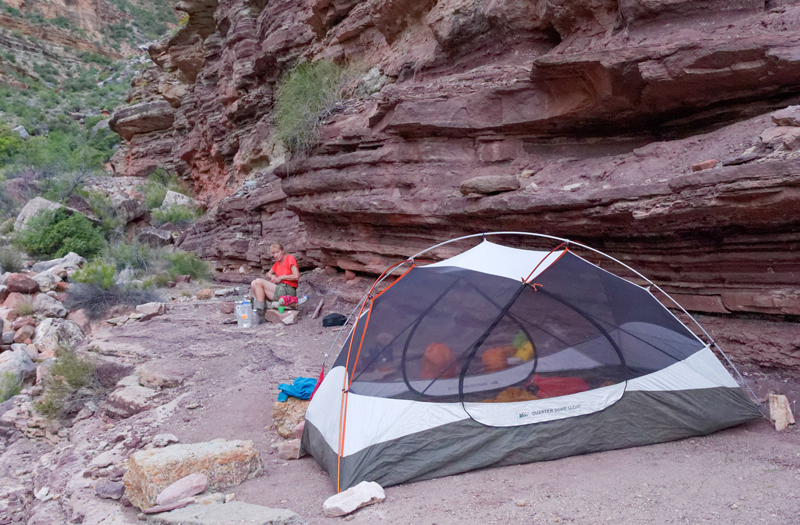 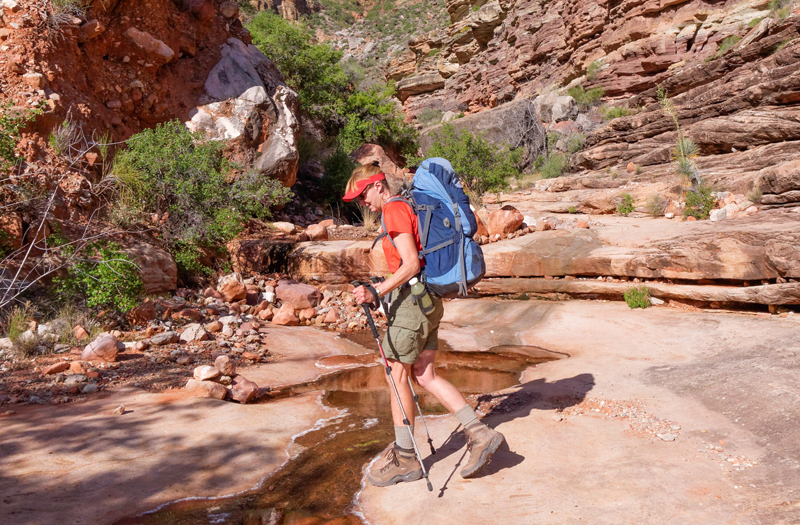